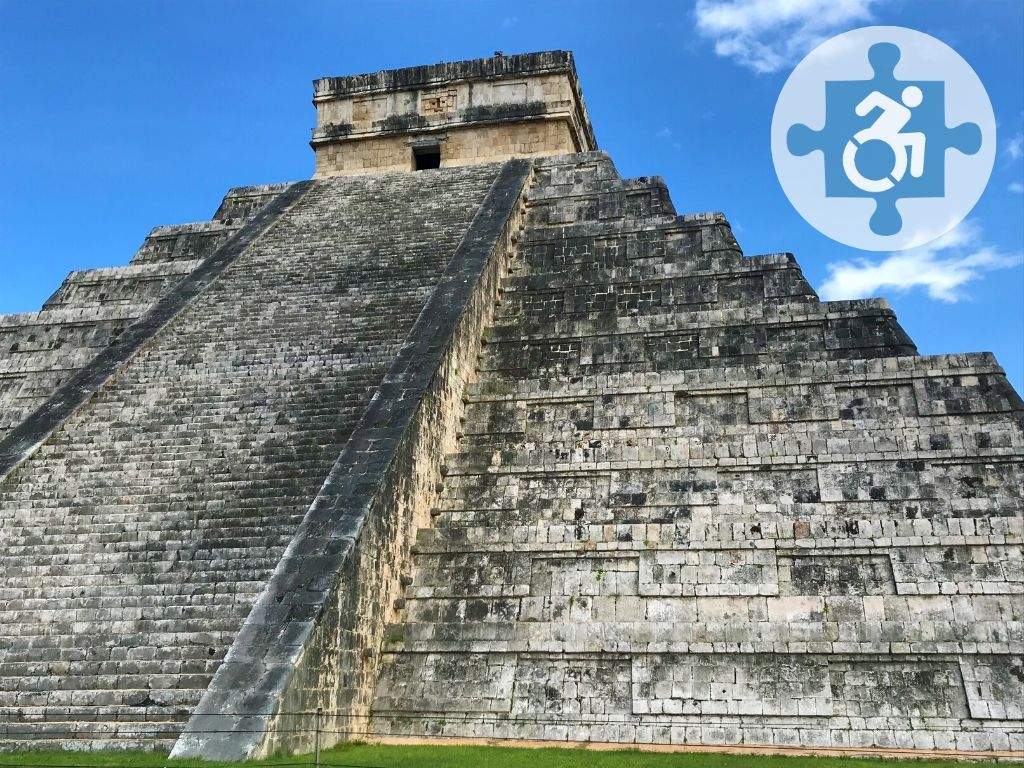 January 12, 2020By LauraPosted in Cancun

Chichén Itzá is a Mayan archeological complex located in the Yucatán Penninsula of Mexico. As one of the New Seven Wonders of the World, people flock here. Following Cancun’s lead, Chichén Itzá offers good accessibility for wheelchair users. We’ve put together this guide to give you all the information you need to know about exploring Chichén Itzá by wheelchair.

Before we dive into wheelchair accessibility at Chichén Itzá, we have a confession to make…Chichén Itzá underwhelmed us.

Perhaps we would have been more impressed if we hadn’t already seen Mayan ruins in other parts of Mexico or if it wasn’t hyped up as being one of the New World Wonders.

Personally, we preferred our visit to the Teotihuacan Ruins, in terms of architecture. You can read about our experience here: A Wheelchair User’s Guide to Teotihuacan.

Nonetheless, Chichén Itzá is by far the most accessible ruin complex we visited during our two months in Mexico.

How Accessible is Chichén Itzá?

Chichén Itzá may not have knocked us out of our chairs for its appearance, but it did have us “wowing” for its accessibility.

There’s no doubt about it- Chichén Itzá is very accessible.

In fact, since visitors are no longer allowed to climb to the top of the pyramids, Chichén Itzá is equally as accessible for wheelchair users as it is for able-bodied visitors.

That’s not to say that you’re going to have a 100% comfortable experience, as the terrain is less than ideal in many areas. But we’re jumping ahead here.

Getting to Chichén Itzá

Chichén Itzá is located inland, about 2.5 hours by car from Cancun. Day trips are also possible to Chichén Itzá from other popular Yucatán destinations such as Playa del Carmen and Tulum.

The road to Chichén Itzá is well paved, flat, and with vegetation on either side. Make sure to use the restroom before starting your trip, since almost the entire time you’ll be traveling through forested areas.

Cancun Accesible is an excellent company that offers private wheelchair accessible tours in Chichén Itzá, along with other areas in the Yucatán. They’ll also provide you with a manual chair, if needed. The missing “s” in “Accesible” isn’t a mistake, as in Spanish, “accessible” is written with only one “s”.

Chichén Itzá is open every day of the year starting at 8:00am. It’s best to get there early, both to beat the crowds and the heat.

There are two wheelchair accessible parking spaces by the entrance of Chichén Itzá.

The spaces are narrow for U.S. standards and had cones in front of the empty spots when we were there. However, there was a staff member nearby manning the parking lot.

The entrance to Chichén Itzá is located on top of a small hill. When you approach the entrance from the parking lot, keep left and you’ll see the ramp.

From there, a sidewalk leads to the ticket booth and entryway. The entire indoor entrance hall, which leads a part of the way to Chichén Itzá, is flat and cement. This is in an open-air, modern building.

From there, things remain accessible, although not as conveniently so.

Once you pass through the beautiful cement entrance area, you’ll be hit with the stone-dirt truth for the remainder of your visit.

Small loose and embedded stones are scattered throughout the tightly packed dirt paths. You’ll also come along an occasional tree root that you’ll need to veer around.

It’ll take you a few minutes to roll from the entrance to the ruins. This is one of the bumpiest areas you’ll pass through but the path is wide. Vendors lining the route will offer some entertainment along the way.

Once you arrive at the actual ruin complex, you’ll come across an open field. A dirt path borders the complex, but it’s a free-for-all if you want to make your way through the grass.

Are there hills at Chichén Itzá?

You won’t have to worry about navigating big hills at Chichén Itzá, as the main ruin complex is completely flat.

There’s a slight, but manageable, incline between the ruins and the entrance. You’ll also come across some small inclines if you veer off on the side paths leading through the woods from the main complex.

However, the inclines are gentle and most manual wheelchair users won’t have a problem navigating them.

Travel Tip: Avoid visiting Chichén Itzá if there’s been a lot of rain. The path gets muddy and the soil isn’t as sandy to soak it up quickly like it is closer to the beach.

The Yucatán Penninsula is full of cenotes, which are sinkholes.

Therefore, it comes as little surprise that there’s a cenote at Chichén Itzá.

The Sacred Cenote at Chichén Itzá was used as part of Mayan sacrifices. The sinkhole is a bit isolated and has a thick layer of green algae, but if you haven’t seen a sinkhole yet it’s worth the visit.

Getting to the Sacred Cenote requires going on one of Chichén Itzá’s bumpier side paths. The fence has holes, making for easy viewing from your chair.

If you’re interested in seeing a picture-perfect sinkhole, the Ik Kil Cenote is located about a five minute drive from Chichén Itzá. Stairs lead down into this sinkhole, but they’ve done an excellent job of making the upper area accessible.

From the top of the sinkhole, you can peer over the cement ledge and watch people jump into the water.

How much time to spend at Chichén Itzá

Two hours is a solid amount of time to spend at Chichén Itzá. This assumes that you’d have a guided tour to orient you about what you’re seeing, along with free time to take photos by the famous El Castillo pyramid.

If you’re more into sightseeing than history, you could visit Chichén Itzá in as little as an hour, as the main archeological attractions can be seen almost entirely from one place.

If you’re a history buff, you may find yourself spending as much as three hours exploring the site.

Now that we’ve discussed wheelchair accessibility at Chichén Itzá, let’s talk about what to pack.

Arriving prepared to Chichén Itzá is important, for things are very expensive at the ruins.

The area is hot and humid year-round. There’ll be options for shade along the far sides of the ruins as well as the side paths. However, the most famous parts of the ruins don’t offer any shade.

As such, below are our recommendations for what to pack for Chichén Itzá:

*Bringing your own water to Chichén Itzá isn’t allowed, although you can carry it in by hiding a water bottle in your bag. You can also purchase water in the shops near the ticket booth. However, once within the ruins, you’ll have no access to purchase or refill water.

Travel Tip: Vendors will shout that they’re selling things for $1 USD but it’s to get your attention. According to our guide, nothing at Chichén Itzá costs $1 USD.

There’s an accessible restroom located inside the main entrance building at Chichén Itzá.

You’ll have access to this restroom at any time during your stay in Chichén Itzá.

Although the exit path veers off slightly from the entrance path, you’ll end up at the same point as when you first entered the ruins. Therefore, you may want to plan on making a stop at the restroom upon your arrival and departure.

The accessible restrooms at Chichén Itzá are located in a small shopping center area. Here, you’ll be able to buy souvenirs, snacks, and even dine at a sit-down restaurant.

This shopping center is set back from the ruins, so keep in mind that you’ll be paying a premium price in return for no views.

Valladolid is the nearest city to Chichén Itzá and is an excellent place to visit.

The main plaza in Valladolid is wheelchair accessible and brims with life, particularly in the afternoons and evenings. Here, you can grab a delicious snack from one of the street food vendors, watch local dancers, and admire the church and colonial buildings.

Fun fact: The doors of the buildings in Valladolid are unusually tall. This is because the Spaniards used to enter their homes on horseback.

Wheeling Around the Yucatán?

If so, don’t miss our accessibility guides on other destinations in Mexico’s Caribbean peninsula.

Do you have lingering questions about wheelchair accessibility at Chichén Itzá? Leave us a comment and we’ll do our best to help. If you’ve already traveled to Chichén Itzá as a wheelchair user, we’d love to hear about your experience and tips.

Also, since you’ll be visiting Chichén Itzá, chances are you’ll be spending some time in Cancun, as well. If so, don’t miss our guide on wheelchair accessibility in Cancun.

P.S.- Heading to other parts of Mexico? Check out our guides on wheelchair accessibility in Mexico City, Oaxaca, and Puerto Escondido. 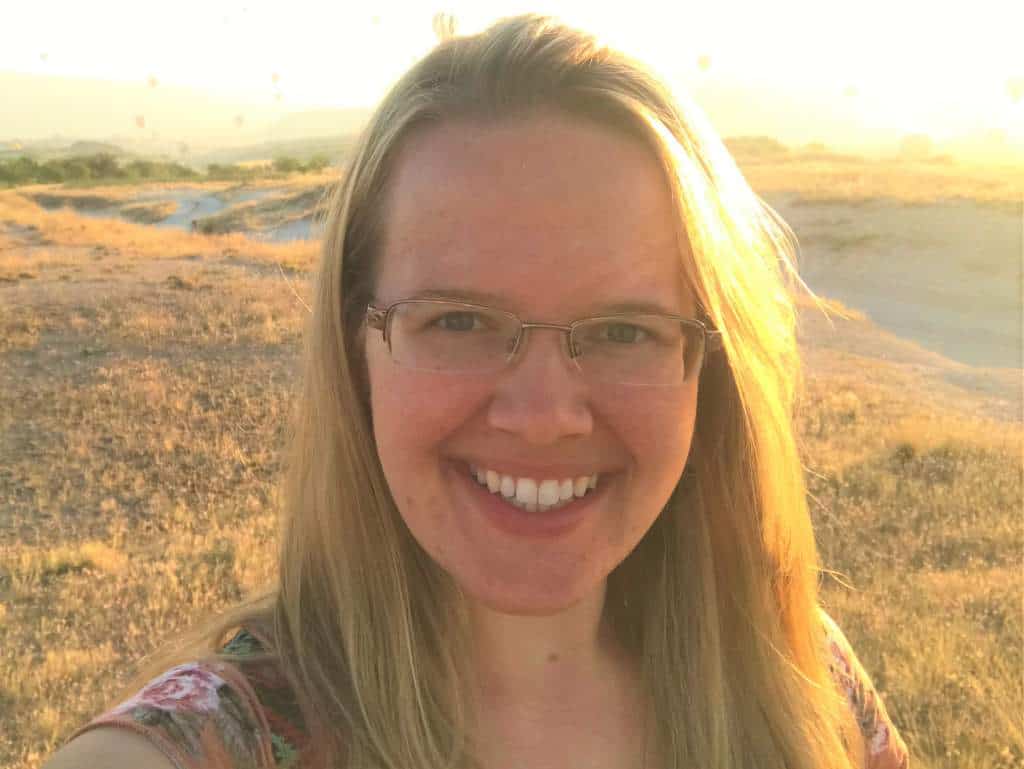 Laura’s love for traveling started with a trip to Jamaica. Since then, she’s spent over five years living in Latin America and four years wandering the globe.  She’s an early bird and backpacker at heart and can often be spotted with a dog or ten that she’s befriended along the way.  Much of the content Laura writes on A Piece of Travel includes details on wheelchair accessibility, with the support of her brother-in-law and sister.  You can learn about their accessibility endeavors here.

Laura's love for traveling started with a trip to Jamaica. Since then, she's spent over five years living in Latin America and four years wandering the globe.  She's an early bird and backpacker at heart and can often be spotted with a dog or ten that she's befriended along the way.  Much of the content Laura writes on A Piece of Travel includes details on wheelchair accessibility, with the support of her brother-in-law and sister.  You can learn about their accessibility endeavors here. 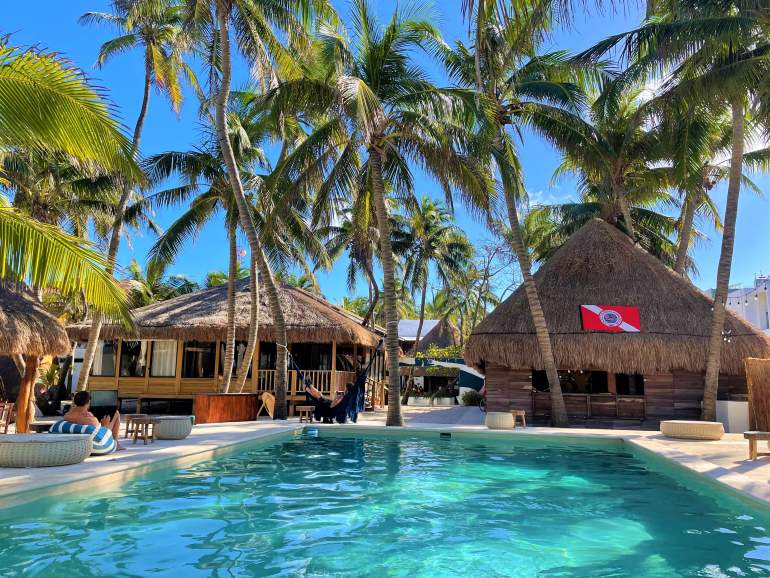 Want to brag to your friends about staying at the first hostel ever built in Latin America? Formerly called PocNa, the massive boutique Selina hostel chain purchased this hostel, gave […] 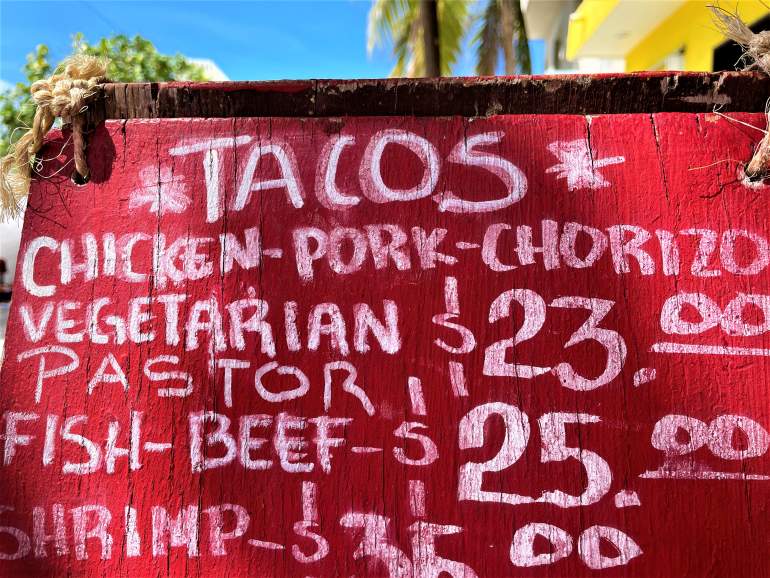 Whether you’re taking a day trip to Isla Mujeres from Cancun or want to try out island life indefinitely, there comes a time when Isla’s white-sand beaches and crystal clear […] 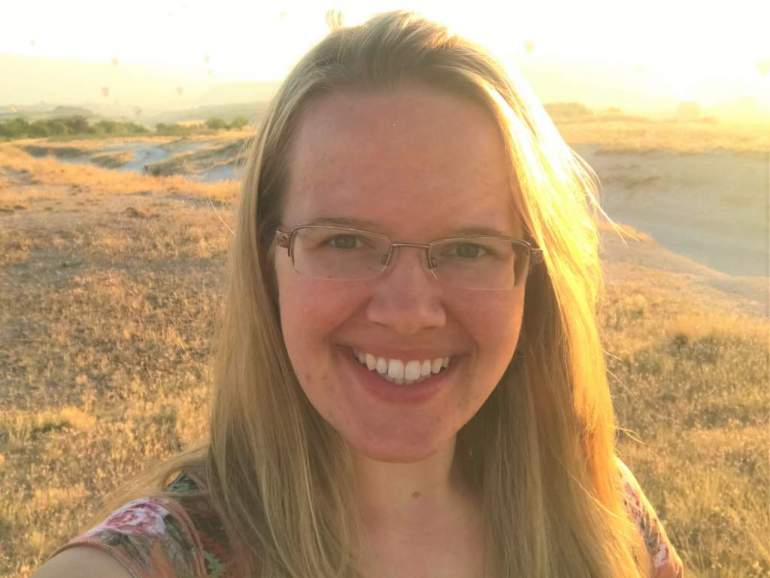 “Often we look so long at the closed door that w

The Eastern Orthodox know what good views are all