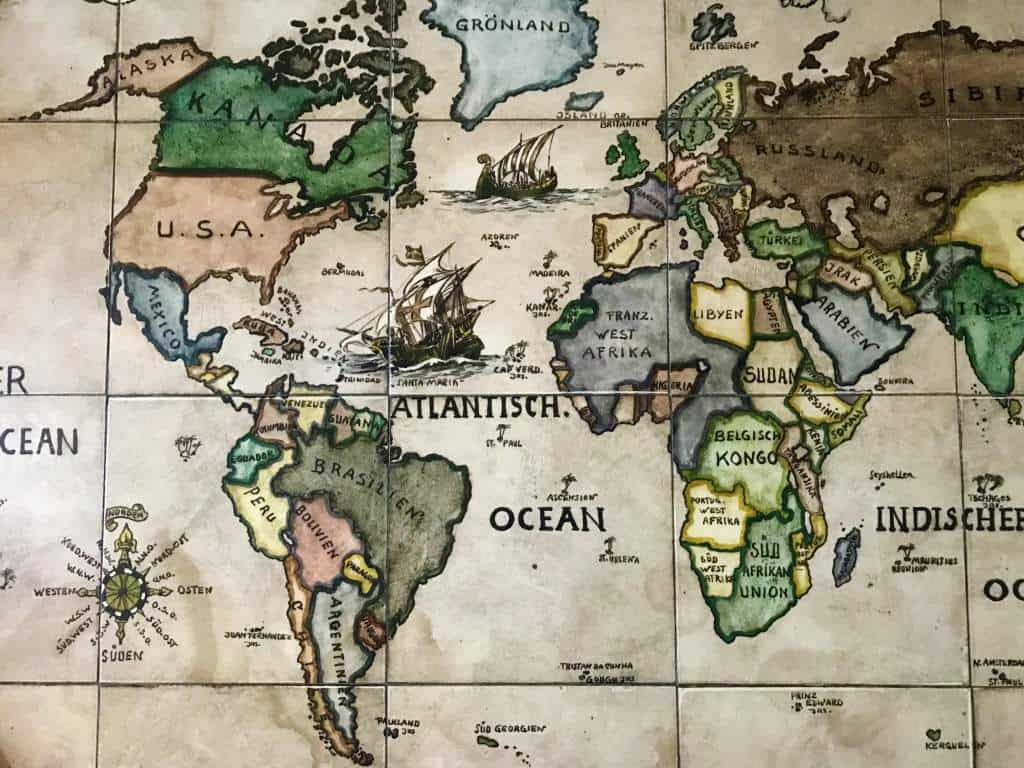 This post offers a VPN comparison of the best providers on the market.

Imagine that you’re at a cafe. Your name is called to pick up your latte. The counter is at the opposite end from where you’re sitting, so you make a beeline for it, all the while glancing back at your laptop to make sure that no one takes it.

However, while you’re busy worrying about someone snatching your laptop, the person a few seats over is virtually hacking into it.

What’s more, if the cafe has an open WiFi network without a password, anyone, from anywhere in the world, could also be hacking into your laptop.

The Importance of a VPN

VPNs protect you from being hacked when you’re connected to a public WiFi network.

People who travel are particularly vulnerable to VPN hacks; airports, hotels, parks, and restaurants all operate their WiFi on public networks.

If you feel that your computer is safe by connecting to a public WiFi network that requires a password, you’re wrong, but not alone.

There are people who prey on the false safety net of password-protected WiFi networks.

That cafe that you went to? You may have used a password to log into the WiFi…but so did the person hacking you. In exchange for buying a coffee, the hacker has access to your email, bank account, and other personal data.

Other benefits of VPNs

People use VPNs for reasons other than to avoid being hacked. The biggest secondary use is to be able to access websites that are restricted in their countries, as well as to hide their location.

If you’re dying to know if a VPN will grant you access to Netflix shows that are normally restricted in your country, the answer is yes.

In a world where almost everything we do is tracked, there are many people who feel peace of mind knowing that having a VPN allows their searches to be off the grid.

Of course, there are people who abuse the anonymity that accompanies VPNs. A Piece of Travel does not support the use of VPNs for illegal activities.

VPN Comparison: The Best Value VPNs on the Market

Note: This post contains affiliate links. If you make a purchase, we’ll make a small commission at no cost to you. This is how we continue expanding the content on A Piece of Travel. Thank you for your support.

This post has been a damper, but the tone changes now. I’m here to share two good pieces of news with you:

I know that it can feel overwhelming when researching VPN options. While it’s true that there are plenty of VPN companies out there, the reality is that only a handful of them offer quality service and good value.

It could take you days to sift through all the VPN options. So, instead of overwhelming you with VPN companies, let’s focus on my top four picks: NordVPN, ExpressVPN, IPVanish, and Tunnelbear.

To start, I’ve put together a VPN comparison chart.

If you’re new to VPN lingo, the chart above surely has unfamiliar words. I’ve put together a list to help you understand some of the less obvious ones.

NordVPN is hands down the best value VPN on the market. For starters, it has an unbeatable price. You’ll likely pay more for a cup of coffee than what you’ll pay for NordVPN.

To be fair, the least expensive plan with NordVPN requires signing up for a three-year plan, paid upfront. However, this sales tactic is used almost across the board with VPN providers. Besides, you’re always going to need a VPN, unless your lifestyle takes a drastic turn and you only ever connect to private WiFi networks that you trust.

Last chance to grab 3-years NordVPN deal for only $2.99/mo

If you’re unsure about how you’ll like NordVPN, give their one month plan a try. It’ll set you back less than 50 cents a day.

Why I use NordVPN

While it’s true that NordVPN is the least expensive on the list, with the exception of TunnelBear which offers a free VPN version, the low cost isn’t why I use NordVPN.

It’s because that low cost offers an incredible amount of servers that you can connect to. The more servers, the faster the speed.

Low cost + fast speed = NordVPN being the best value on the market for the average user.

What constitutes an “average” user?

IPVanish is an excellent option if you have a family or a small business that you want to protect with a VPN.

Do you want your IP address to show that it’s in a specific, lesser-known country?

If so, ExpressVPN will give you the highest chance of encountering that country, as they offer the option for you to choose the location of your VPN across 94 countries.

Are you wondering why you would want to choose a specific country for your IP address to show up in? If so, skip over this option because given the price, the two options already discussed are better worth your time.

Long story short, if you’re in the market for a VPN to hide the country you’re in, you’ll already have known that before reading this post.

I went back and forth about whether or not to include TunnelBear as part of this VPN comparison post.

I won’t beat around the bush- TunnelBear is not the fastest VPN out there nor does it offer the best service.

However, since this post is about comparing VPN value, for its category, TunnelBear is a solid value.

What category does TunnelBear fall in? The free version category. For all the paid VPN providers out there, there are also a lot of free versions, usually with the option to upgrade to a paid plan.

I recommend using the free version of TunnelBear if you almost always use a private, trusted WiFi network and only occasionally connect to public networks.

When you do connect to public networks with the free version of TunnelBear, I wouldn’t go logging into your bank account to pay off your mortgage. Just saying.

Congratulations- you’ve made a huge step by choosing to research VPNs. I hope this VPN comparison post helped to give you a better idea of which VPN could be a good fit for you. Regardless of which VPN you end up going with, any option is better than being without one. 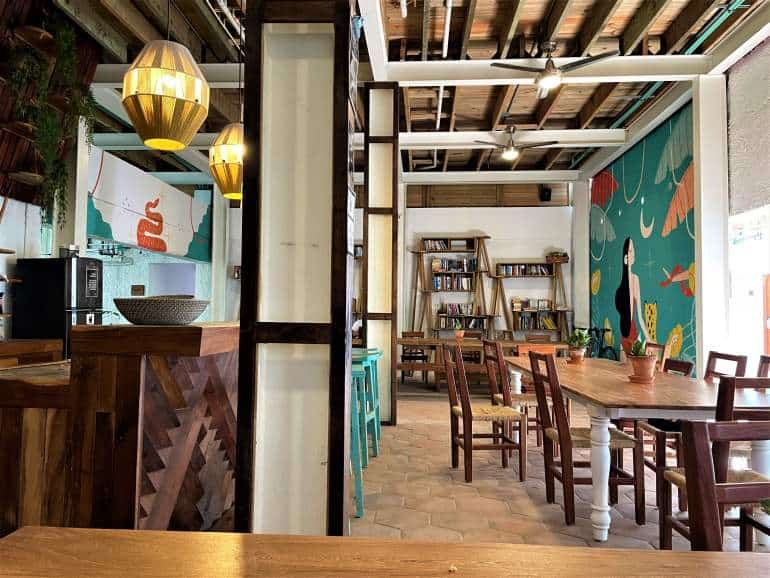 Selina is a boutique hostel chain that’s reaping the benefits of timing. Before the pandemic, this hostel company, which originated in Panama, launched onsite cowork spaces at many of their […] 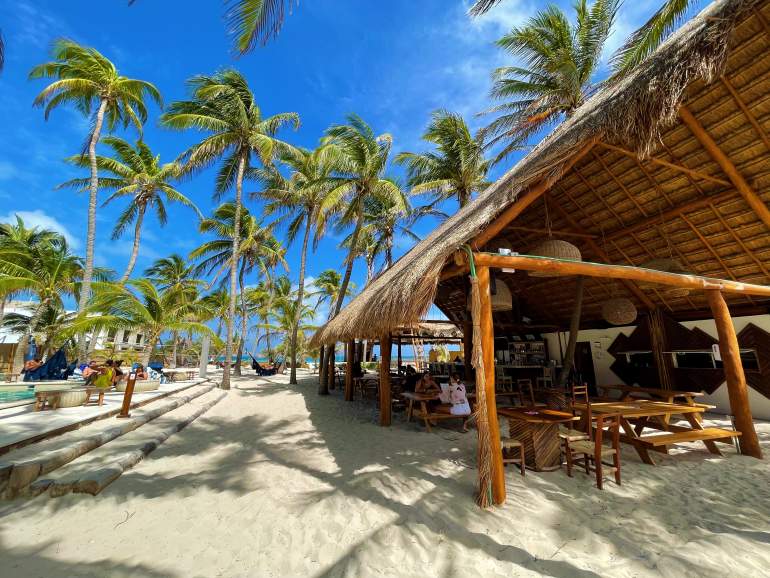 Whether you own a business or are employed at a remote company, working outside of the office has innumerable benefits. But if you work remotely from home, networking opportunities and […]