Since you’re reading this article, you’re likely one step ahead of where I was when I planned my trip to Morocco.  Without having checked Moroccan holidays in advance, I arrived in Morocco the day Ramadan started and departed on the first day of Shawwāl—the three-day celebration after Ramadan.

That’s right, my 30-day stay in Morocco unintentionally fell during the exact dates of Ramadan!

I’ll walk you through my Ramadan experience with the hope that it’ll help you determine if visiting Morocco during Ramadan is a good fit for you.

When is Ramadan in Morocco?

Ramadan is based on the Islamic Hijri calendar, which is often referred to as the Lunar calendar. Ramadan starts the day that the first crescent of a new moon appears on the ninth lunar month.  Because of this, Ramadan starts on a different day each year.

Click here to view a calendar of Ramadan dates for the next ten years.

Ramadan ends when you can see the crescent of a new moon going into the tenth month. This sometimes happens on the 29th day of Ramadan, and other times it happens on the 30th day.

If it isn’t possible to see the crescent moon due to cloud cover, Ramadan will automatically be 30 days long.

Many countries announce the date that Ramadan will begin and end based on a pre-determined calculation (Saudi Arabia is the country which all determinations are based around).

However, other countries, including Morocco, determine the start and end of Ramadan based on a physical sighting of the moon (or lack thereof).

Therefore, when planning your Morocco travel dates, keep in mind that the start and end date of Ramadan may vary by a day.

During my 2017 visit to Morocco, Ramadan lasted one day longer than countries that use the pre-determined date. And while it was quite amazing that this made my 30-day trip to Morrocco fall during the entire length of Ramadan, I would have loved for Ramadan to be 29 days so I could’ve experienced a full day of Shawwāl.

Psst! Traveling around Morocco with a SIM card will make your trip so much easier. Check out our post on the best Morocco SIM cards.

How is Ramadan in Morocco observed?

The most iconic practice during Ramadan is fasting—both food and drink (including water)—from sun up to sundown.  This gives Muslims time to focus on their faith and read the Quran. It’s common to see people reading the Quran in their market stall or on a park bench.

Another major part of Ramadan is charitable acts.  I can’t tell you the number of times I saw locals stop to give money to the needy.  It was heartwarming and humbling to see and inspired me to follow suit.

Who participates in Ramadan?

Muslim adults and children who have reached puberty observe Ramadan.  You may notice younger children eating and drinking in the streets since kids who haven’t reached puberty aren’t expected to fast.

The elderly, pregnant women, women in menstruation, and those who are sick are also not required to fast.  However, unlike children, you likely won’t see these adults consuming food and beverages openly on the street.

Adults who aren’t able to participate in fasting oftentimes give food to the poor or do other forms of charity to compensate for it.

Upon stepping off my ferry and onto Moroccan soil, my first impression was how incredibly quiet Tangier was.  Roads were empty.  Stores were closed.  A single person was walking down the street, too far away to tell if it was a man or woman. Mind you, at this point, I still had no idea it was the first day of Ramadan.

I soon became used to the feel of quiet surroundings; this was normal for Moroccan mornings during Ramadan.  Since Muslims fast from sun up until sundown, life slows down during the month of Ramadan. It’s a time for the people to pray, reflect, and give to charity.

However, it’s not to say that people don’t work.  In fact, it’s common for people who work in construction and other labor-intensive jobs to start their day extra early. This way, they can stop working before the Moroccan sun gets extra unbearable (assuming Ramadan falls during Morocco’s hottest months).

But everything changes when the mosques announce the end of fast each evening, which happens at sunset.

Suddenly, homes and streets come alive with plates of food, mint tea, and people smoking cigarettes.  Most people eat breakfast, lunch and dinner—they just eat these meals throughout the night.

Will things be open in Morocco during Ramadan?

Rest assured, places will be open.  Just a little later than usual.  While in a few destinations I found some stores that would open at around 8:00am, most stores, especially tourist-geared stores, began opening around 9:00am. Business really started picking up around 10:00am, though.

Expect stores to close early.  Most everyone will pack up before the end of fast announcement to dine with their loved ones.

With that said, some shops and restaurants in tourist hubs of Morocco adapt their hours to cater to non-Muslim visitors during Ramadan.  So, if you’re in a tourist area, there will be restaurants open for breakfast, lunch and dinner.

During my stay in Morocco, I traveled to Tangier, Chefchaouen, Essaouira, Fes, Marrakesh, Casablanca, and Rabat. All of these places had restaurants operating during Ramadan. There was no doubt though—guilt tugged at me. But Moroccans never made me feel guilty for eating and drinking non-alcoholic beverages during the day.

Whenever stores are open, you’ll be able to purchase water and snacks.  Markets will operate as normal. However, they typically open a bit later than usual.

If you plan on cooking your own meals, it’s best to buy breakfast ingredients the day before. Ingredients for lunch and dinner can be purchased the day of if you want your veggies and protein fresh.

If you plan on visiting a tourist site with set hours, make sure to check the hours in advance so you don’t arrive to a closed gate.  Many sites shorten opening hours during Ramadan.

Is it okay to eat and drink in front of Moroccans during Ramadan?

Based on my experience and the conversations I had with Moroccans, in its most basic form it is okay to eat and drink (non-alcoholic beverages) in front of Moroccans during Ramadan.

Moroccans recognize that many tourists do not practice Ramadan and most will not fault you for eating or drinking during the day.  However, when you’re not sitting at a restaurant, it’s best to eat and drink discreetly out of respect.

Admittedly, I sometimes didn’t wait to drink water.  The way Moroccans went about their day without drinking amazed me; the sun was brutal, and the temperatures were oftentimes in the 90’s.

Needless to say, while I tried to drink water when no one was around, there were moments when I had to chug in front of locals to avoid the otherwise probable scenario of them peeling a passed out American off the ground.  It says a lot about Moroccan tolerance for non-practicers of Ramadan when even in those moments I didn’t feel looked down upon.

Is it okay for a non-Muslim to practice Ramadan in Morocco?

Absolutely!  Your openness to learning about and participating in such an important part of the Islamic religion will be welcomed by Moroccans.

But do as Moroccans do and do so humbly.

Do have conversations with the locals about their religion and ask questions, regardless of how silly they may seem.  If you are genuine in your desire to learn about Ramadan and Islam, your questions will be met with welcome arms and answers.

Don’t, however, brag about your fast to every person you see on the street.  They, too, have grumbling stomachs and starched mouths, so your pride won’t be met with respect.

Is there anything you shouldn’t do in Morocco during Ramadan?

You shouldn’t preach a religion that isn’t Islam, drink alcohol in non-approved public places, or show public displays of affection.

These are best practices that should be followed at all times in Morocco though…especially the first two…it’s the law!

Traveling to Morocco during Ramadan as a woman

As a single female tourist in Morocco during Ramadan, I rarely felt uneasy.  Sure, the shop store owners would try to get me to buy their souvenirs, as they did with any tourist man, but instead of following me down the street calling me names if I declined their offer, they would usually only go a few feet or contain themselves to their store.  I’ve been told that this isn’t always the case outside of Ramadan.

They also tended to be more genuine in their offers.  For example, when I visited a tannery in Fes, I made it clear that I wouldn’t be purchasing a leather product but that I would pay the store owner to observe the tannery from his balcony.  He insisted that I didn’t need to pay, and after a ten-minute explanation of the tannery process, he stuck to his word.

Psst! Are you still undecided about where in Morocco to travel? If so, check out my guide on Fes vs. Marrakesh.

The big question: Should you travel to Morocco during Ramadan?

Whether or not to travel to Morocco during Ramadan is a personal decision, as it depends on the kind of experience you are looking for.

There’s no question about it—Morocco changes during Ramadan.  Life slows down on the outside and reflection picks up on the inside.  Many tourist sites open late and close early.  You won’t have the plethora of restaurant options to choose from during the day.

However, traveling during Morocco’s holy month is a beautiful experience. It offers the opportunity to gain an in-depth understanding of an important part of the Islamic religion, which most locals are open and willing to share with visitors.

If you have flexible travel dates, I recommend planning your trip so that you experience Morocco both during and either before or after Ramadan.  The difference will be significant and provide you with a more well-rounded Moroccan experience.

Have you traveled to Morocco during Ramadan?  Are you Muslim and have advice to share with non-Muslim visitors to Morocco?  I’d love to hear about and learn from your experiences and advice.

P.S.- Don’t forget to check out our post on the best Morocco SIM cards so you stay connected during your trip. 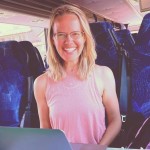