Bus From Guadalajara to Chapala: A How-to Guide

February 13, 2022By Laura OldsPosted in Guadalajara

It isn’t easy to find information about taking the bus from Guadalajara to Chapala. It’s a head scratcher for sure considering that Chapala Lake is such a popular destination.

Needless to say, after many dead ends, I realized the only way that I’d be getting to Chapala by public transportation was by winging it.

I took notes along the way, figuring there would be other travelers in my shoes.

So, below is the information I gathered on the Guadalajara to Chapala bus, valid as of January 2022.

There are two main bus stations in Guadalajara—Nueva Central and Central Vieja.

It’s easy to remember the difference between the two: Central Vieja is for short-distance bus journeys around Guadalajara and Nueva Central is for long-distance destinations.

So, you’ll need to head to the Central Vieja station to get to Lake Chapala.

The Central Vieja station sits in downtown Guadalajara near the city’s historical sites of interest.

You likely came here wanting to know the Guadalajara to Chapala bus schedule, and I don’t blame you. Not only is it seemingly non-existent on the Internet, but they also don’t post the bus schedule at the Central Vieja bus station.

Instead, they tell people that the bus leaves every 45 minutes between “X” and “Y” hours, leaving it up to travelers to work out the timetable in their heads.

The only reason I could come up with why neither the bus stations in Guadalajara nor Chapala offer timetables is because they only sell tickets for the next departing bus. That’s right—you can’t book your ticket in advance.

Availability was never an issue for me, but I imagine that certain hours on the weekends could get crowded with Guadalajaran day-trippers.

Alright. That’s enough theory for a factual article—let’s get to what you came here for.

Below are the bus schedules, keeping in mind that the operating hours differ on Sundays.

The bus from Guadalajara to Chapala runs every 45 minutes from 6:00 am – 9:45 pm Monday through Saturday.

When you arrive at the Guadalajara bus station, don’t expect choices for bus companies running the route to Chapala—Autotransportes Guadalajara Chalapa S.A. is the only company that offers this service.

However, the ticket attendant will ask whether you’d like to purchase a direct or indirect ticket.

The direct ticket is with the nicer Chapala Plus bus. This bus only makes a brief stop in Tlaquepaque to pick up passengers on the side of the road. Other than this, it’s a straight shot to the Chapala bus station.

In contrast, the indirect bus makes many stops throughout the journey between Guadalajara and Chalapa.

Whereas the direct Chapala Plus bus only takes one hour to travel between these two destinations, the indirect bus takes around 1.5 hours.

If you end up taking the indirect bus, whether because it makes sense for where you need to hop off along the route or because availability for the Chapala Plus is full, here’s the good news: It departs every 20 minutes.

So, if you miss the Chapala Plus, chances are good that you’ll be able to hop on an indirect bus.

As of January 2022, the bus ticket prices for the one-way trip from Guadalajara to Chapala are as follows:

In other words, you’re looking at around $3 USD per way to take the Chapla Plus bus from Guadalajara to Chapala.

There aren’t any discounts for purchasing a round-trip ticket, given that you must book your ticket at the respective bus station for the next departing bus.

Upon purchasing your ticket in person, the agent will give you two ticket stubs—the one with the QR code is for your driver, and the other one is for you.

The ticket comes with some important information. Namely, your bus and seat number.

Here’s an image of what your bus ticket will look like:

There are usually several Chapala buses parked at the bus station, so look for the corresponding bus number on the front and side of each bus.

This is labeled “bus” on your ticket. In the case of the photo above, the number is 609.

Seats are assigned, so once you get on the bus, look for the numbers on the edge of the overhead bins.

Picking the Best Side of the Bus to Sit On

Since you can’t pick your bus seats to Chapala, once you’re on the bus try asking the ticket attendant for a window seat as follows, according to the direction you’re traveling in:

Guadalajara to Chapala: Passenger side of the bus

Chapala to Guadalajara: Driver’s side of the bus (unless you had a passenger seat on the way down to Chapala and would like to see the sights on the other side, In that case, ask for the passenger side.)

Although both sides of the bus offer mountain scenery as you approach Chapala, there’s a small lake and valley that you’ll get to see if you’re sitting on the passenger side of the bus when traveling from Guadalajara to Chapala.

Here’s the good news: If you can’t land your preferred seat, you can change seats once the bus pulls out of the bus station (assuming there are seats available).

What to Expect at the Guadalajara Bus Station (Central Vieja)

The Central Vieja bus station in Guadalajara is small and manageable. There are two ways to enter the station—Calle Dr. R. Michel and Calle Los Angeles.

It doesn’t matter which side you pass through; the important part is that you go inside the station, not the outdoor area where the buses park.

Oddly enough, there’s a ticket booth-looking stand for the Chapala buses in front of where the buses sit. Ignore it, go inside, and look for this booth:

A Note on Safety

Central Vieja is in a rough part of Guadalajara. I know people who’ve walked around that area during the day without a problem.

But as a solo female traveler, I personally didn’t feel comfortable doing so.

That said, regardless of your gender or how many people you’re traveling with, you should always use a taxi service when traveling to and from Central Vieja at night. Otherwise, it’s just too dangerous. End of story.

Uber works in Guadalajara, although I’ve found that I sometimes have to wait upwards of 15 minutes for a ride. In that case, your best bet is to wait inside the bus station until your ride is near. Try to keep your phone as hidden as possible during that time, as theft is common within and around Central Vieja.

What to Expect at the Chapala Bus Station

The Chapala bus station is the polar opposite of Central Vieja. It’s brightly lit, has a single ticket stand, and you can sense that many people using it are harmless folks from the countryside.

Like in Guadalajara, there are usually a handful of Chapala buses hanging out at the station. So, check your ticket to avoid missing your bus. The drivers often let passengers on a couple of minutes before departure.

The bus station in Chapala is on the same street that leads to the lake. It’ll take you less than ten minutes to get there on foot. I dare you to resist the delicious treats and food stands that you’ll pass along the way!

If you love animals and want to give back while you’re in Lake Chapala, give Lucky Dog a visit.

Lucky Dog is an animal shelter run by a group of loving volunteers. Most volunteers are expats, so you won’t have trouble with a language barrier if you don’t speak Spanish.

Every day, the staff at Lucky Dog take the dogs on individual walks through Chapala’s countryside, passing by a field of grazing donkeys and cows.

You can learn more about Lucky Dog and how to get involved here: Volunteer with animals in Chapala.

Are You Ready for Chapala?

I hope you feel more confident taking the bus from Guadalajara to Chapala now. Lake Chapala is a refreshing escape to nature compared to Guadalajara’s concrete jungle.

I imagine that the bus schedule to Chapala will change over time. So, if you have a different experience with the timetable or anything else I mentioned here, I’d appreciate you stopping by to give us an update in the comments section.

Of course, please also comment if you have questions that I didn’t answer here. 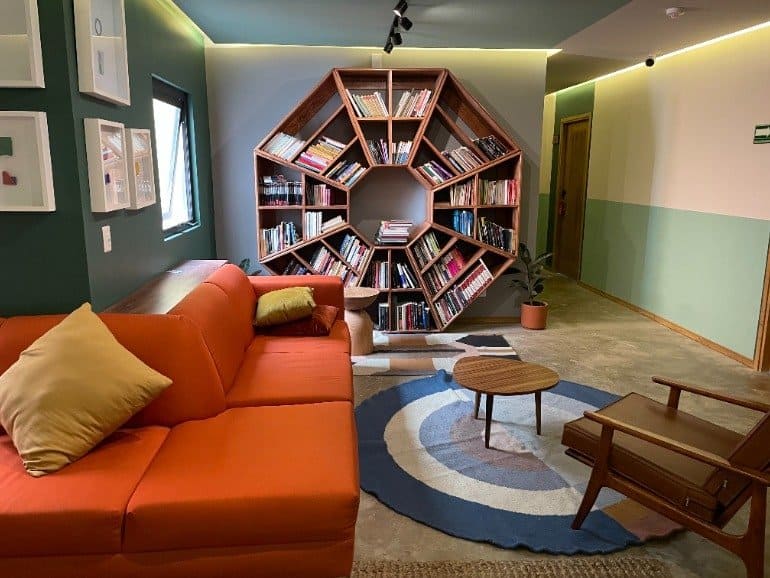 Picking the right place to stay when traveling can make or break your experience. So, between your explorations to find the best spots in Guadalajara for mariachi and eating scrumptious […]

Guadalajara is home to nearly 1.5 million people, making it the second-largest city in Mexico after Mexico City’s almost 9 million. If this sparks images of packed sidewalks, here’s some […]

2 thoughts on “Bus From Guadalajara to Chapala: A How-to Guide”