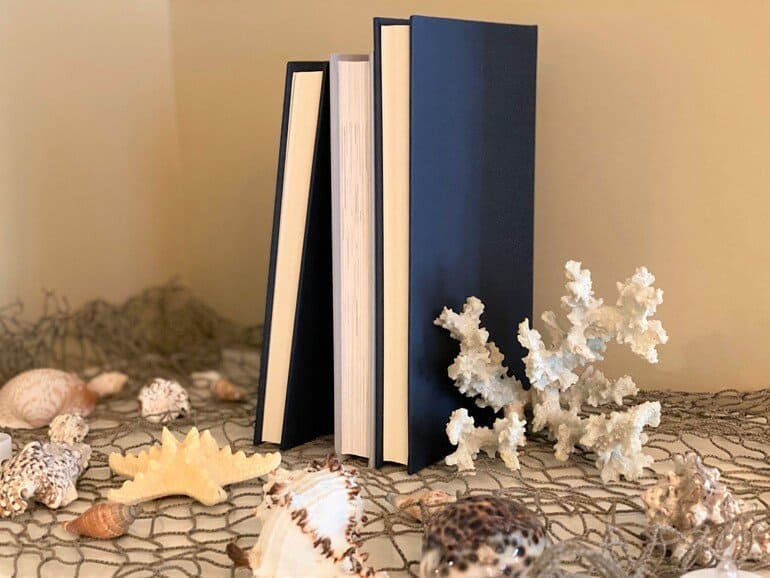 Are you planning a trip to Panama? Have you already spent time in Panama and are looking to feed your yearning soul? Perhaps you’re a history buff? Or, maybe you’re an armchair traveler wanting to be carried away to a tropical destination? Whatever your situation, you’re bound to find the right fit for your reading interest in this list of books on Panama.

Note: Some of the links in this post are affiliate links. If you make a purchase, we may make a small commission at no cost to you. This is how we continue expanding the content on A Piece of Travel, so we thank you for your support!

I called Panama home for three years. Nearly ten years later, I wrote a novel series, Messages, inspired by my time in Panama. You can learn more about Messages in the “Novels” section below.

Books on Panama by Category

Since everyone has different interests, I’ve broken down this list of books on Panama into the following categories. Click on the category of your preference to be taken to book recommendations for that particular Panama topic.

Some say travel guides are out of fashion. While it’s true that new blog posts found on the internet tend to offer the most up-to-date information, there’s nothing like being able to refer to a physical travel guide when traveling. This section is also for my fellow travelers out there who country count in the form of travel guide books.

An introduction shouldn’t be needed for Lonely Planet. Their most recent guide on Panama was updated in 2019. You’ll receive a book chock-full of colored maps, suggested itineraries, insider tips, and reviews of hotels, shops, and restaurants, among other information.

The Rough Guides is known for putting out material that’s opinionated, straight-forward, and offering unique tips. This guide is suitable for travelers with a variety of budgets. You can be guaranteed to be drawn in by the many colorful photos, including colored maps.

Purchase The Rough Guide to Panama on Amazon

Find a hammock and coconut water before settling in for these reads. Whether you’re looking for a love story, thriller, or historical fiction, these novels set in Panama are your virtual ticket to the tropics.

Transparency Note: The Messages series was written by Laura, the founder of A Piece of Travel.

Messages to Jake is a romance novel that follows a Peace Corps volunteer living in a Panamanian jungle village. Inspired, in part, by Neuleo’s Peace Corps experience in Panama, Messages to Jake is the first book in the Messages series. Packed with humor, characters that’ll feel like friends, and, of course, love, the Messages series explores what happens when a rural community is confronted with HIV, drug trafficking, and the arrival of modern-day amenities.

Purchase Messages to Jake on Amazon

The Tailor of Panama by John le Carré

The Tailor of Panama, written by New York Times best-selling author le Carré, is a spy novel. The storyline revolves around the U.S. handover of the Panama Canal to Panama and how works are behind the scene to avoid the Panama Treaty from passing. The main character gets involved with British Intelligence to work against the U.S. government.

Purchase The Tailor of Panama on Amazon

Award-winning author Wright has put together this stunning historical fiction about Panama’s former dictator, Manuel Antonio Noriega. The novel follows the time period of the late 1980s in an equally comical and dark take on Noriega’s attempts to flee and trying to redeem himself for bad behavior before he’s caught- whether that be via God, voodoo, or anything else he can find.

The World in Half by Cristina Henriquez

This novel by prizewinning author Cristina Henriquez follows the story of a woman, Miraflores, who finds her mother’s letters that were written by her father, whom she had never met. The letters offer a conflicting account from what her mother, who now has Alzheimer’s, told her. So, Miraflores travels to Panama to meet her father and find out the missing pieces. The World in Half paints a vivid image of Panamanian culture and along the way, Miraflores does a lot of self-exploration and self-discovery.

Purchase The World in Half on Amazon

Beneath a Panamanian Moon by David Terrenoire

Beneath a Panamanian moon is a thriller about a retired spy from D.C. who ends up taking an assignment in Panama. He plays piano at a resort as a coverup. Meanwhile, he’s in charge of keeping an eye on the American mercenaries and Colombians at the hotel. This is a fast-paced novel that will leave you laughing and glued to the book until the very last page.

Purchase Beneath a Panamanian Moon on Amazon

Panama has a complex history with worldwide recognition. Whether you’re looking for books on the Panama Canal, Panama Papers, or more, you’ll find them here.

Path Between the Seas by David McCullough

At 698 pages long, Path Between the Seas is seemingly only fit for die-hard history buffs, but the story is so captivating that many people who normally aren’t drawn to historical books enjoy this one too. Historian McCullough covers the history of the creation of the Panama Canal and the obstacles that presented themselves along the way. A National Book Award winner, McCullough brings the Panama Canal’s history to life with storytelling prose (hence not needing to be a history buff to enjoy it).

Purchase Path Between the Seas on Amazon

The History of Panama by Robert C. Harding

The title says it all, wouldn’t you say? The History of Panama chronicles 500 years of Panama’s history from Columbus to modern day. Harding offers a comprehensive account of major events in Panama’s history, including Panama’s colonial period, post-Spanish times, the trial and errors of outside nations intervening to build the Panama Canal, and the impact of U.S. invasions into Panama.

Purchase The History of Panama on Amazon

Emperors in the Jungle by John Lindsay-Poland

Emperors in the Jungle is a must-read for anyone interested in understanding the United States’ involvement in Panama. Written by Lindsay-Poland, Director of the Fellowship of Reconciliation’s Task Force on Latin America and the Caribbean, this book describes what America’s reasoning was for invading Panama numerous times and the aftermath that the U.S. presence had on Panama.

Purchase Emperors in the Jungle on Amazon

This explosive book written by two journalists reveals how the largest data leak in history took place. It details the revelations that came from four hundred journalists who took part in uncovering how the rich from all over the world hid billions of dollars. The people involved ranged from banks to diamond miners to celebrities and politicians. This is a fascinating read from an event that only recently became history.

Purchase The Panama Papers on Amazon

There’s no shortage of books on the history of the Panama Canal, so the difficulty comes down to which ones to read. Panama Fever compliments Path Between the Seas since it includes stories from people who built the canal. A large portion of the book also focuses on politics; an impossible point of discussion to miss when talking about the history of the Panama Canal.

Few things put life into perspective more than hearing about someone else’s. These memoirs showcase the experiences of people who have lived in Panama.

An orchid lover and adventurer befriend and decide to pass through the Darién Gap together with the goal to travel by foot from Panama to Colombia. This is the only part of the Pan-American Highway from Alaska to South America that doesn’t connect due to its remoteness and danger with the Colombian FARC guerrilla. They nearly finish their route when they get captured by the FARC. In this memoir, Tom Hart and Dyke Paul recount their nine-month experience of being kidnapped by the FARC.

Purchase The Cloud Garden on Amazon

A memoir about Haisten’s life growing up in the Panama Canal Zone, which was, at the time, part of the United States. She touches on history, the ups and downs, and how disappointed she felt when Jimmy Carter reached an agreement with Panama and she realized that the Panama Canal Zone would no longer be her home.

What am I missing?

This is by no means a complete list of books on Panama, but I hope it gives you a good start to your Panama literature endeavors. What are your favorite Panama reads? Share them in the comments section below so that other readers can check them out.

P.S.- Are you headed to Panama City? If so, check out my guide on Where & Where Not to Stay in Panama City. 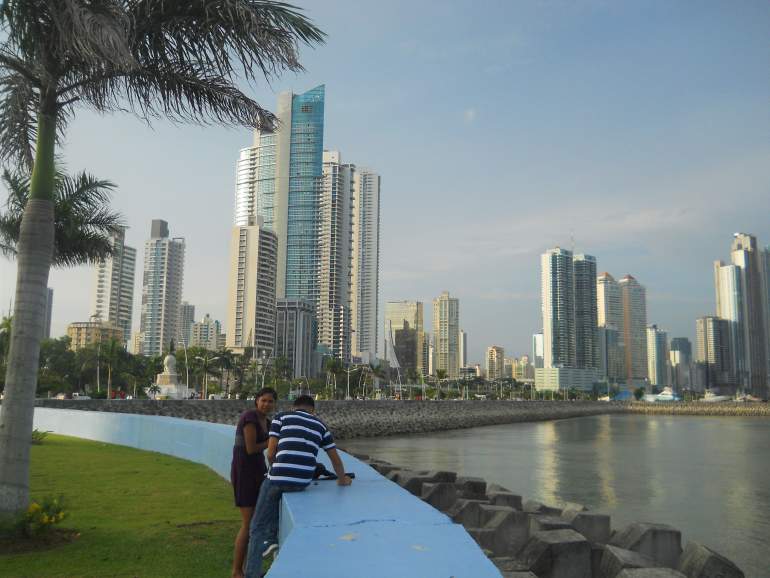 Take one look at Panama City’s skyline and you might think you landed in Miami. With its modern high-rise buildings, trendy restaurants and nightlife, spending a night or few in […]

2 thoughts on “Books on Panama: 14 Guides & Novels set in Panama”